I hate this! What the Hell? How is it doing that? This trio of phrases was also heard on our dyno starting back in March. The cause? Our Project Scion FR-S was not cooperating with what was supposed to be a simple intake system showcase. The reason? Big government! The factory Engine Control Unit (ECU) in the Scion FR-S is now in total control of performance. Ignoring the driver’s input, the ECU ultimately determines the actual amount of throttle, ignition and fuel delivery it deems appropriate. It’s the epitome of Big Government and it’s becoming common on nearly all-new vehicles. Left unchecked, it will quickly eat away all of the performance that you’ve worked hard to earn.

There was a time when the driver was in total control of the vehicle. The driver’s left foot actuated a mechanical linkage or cable that opened the throttle body without debate. The driver’s right foot established the pressure in the braking system. Again, there was no deliberation whether too much pressure was being generated. Hence, the brakes could even be locked up with too much pedal effort. Keeping the vehicle stable was the job of the driver, not a subroutine in a computer program. Driver’s took control of a vehicle and weren’t merely along for the ride. 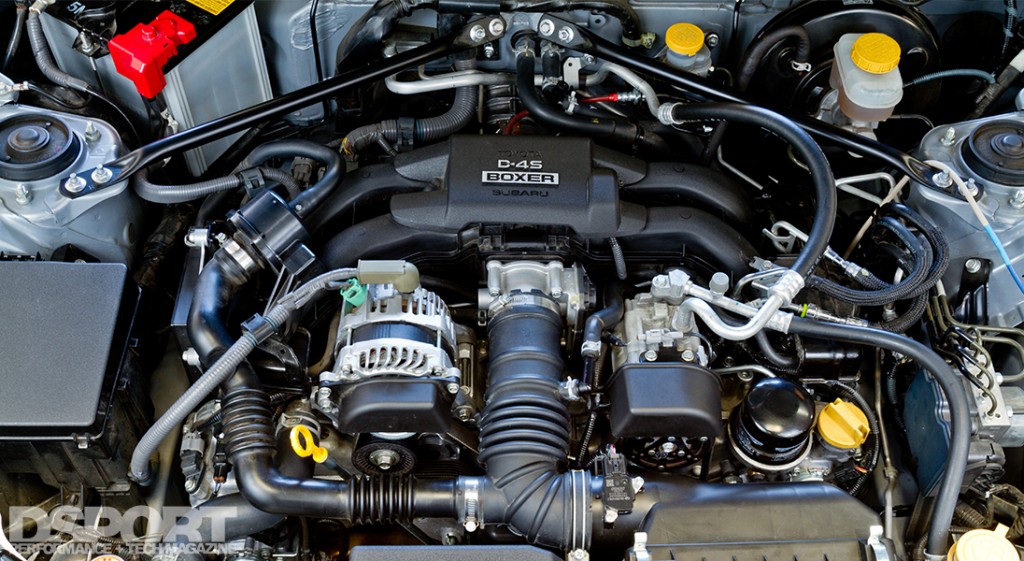 There are advantages to having the ECU deliver a limited degree of government. The current iteration of ABS systems eliminates dangerous lock- ups without sacrificing overall braking performance. Vehicle stability systems that have selectable modes (including a fully-off mode) are also beneficial and welcomed additions to vehicles. With the advent of faster UEGO sensors, closed-loop oxygen sensor feedback under all engine conditions helps to increase overall engine reliability. These are some great arguments for limited government. No sane performance enthusiast professes anarchy, but a limited role in what the ECU can and can’t do is ideal. 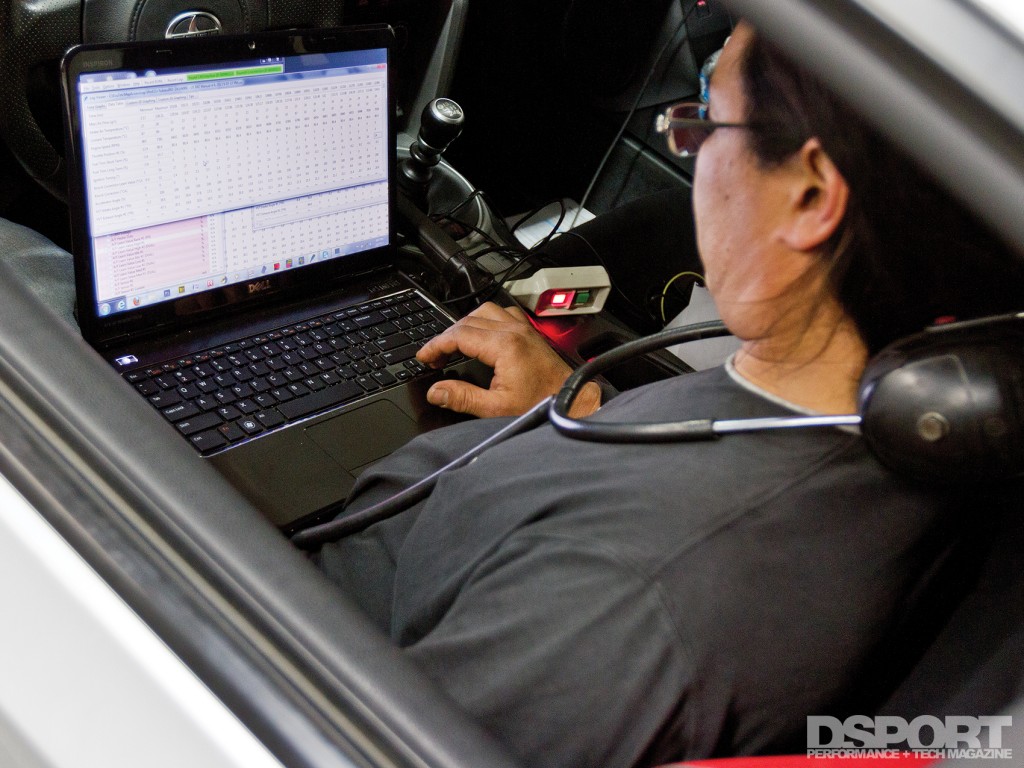 There was a time when an ECU simply looked at the load on the engine and its RPM to determine the proper amount of fuel delivery and spark timing. Now the ECU has control of the throttle (on drive by wire engines) and a host of “limit” or “threshold” maps that can sometimes ensure that only limited gains can be made with bolt-on components. With control of the throttle, the driver no longer has direct control of the torque output from the engine. Instead, the ECU determines if it wants to do what the driver is now “asking” it to do with the gas pedal input. On a positive note, drive-by-wire throttle control gives the ECU the opportunity to implement effective traction control and vehicle stability strategies. Unfortunately, it also allows the OEM to calibrate the ECU to limit throttle delivery based on whatever the OEM desires. Currently, a number of ECUs have threshold or limit maps in the factory programming. This allows the OEM to limit the engine from producing additional power, if the OEM so desires. In the simplest example, the OEM can implement a special table that causes the throttle to be closed if air flow meter readings are larger than expected for a given engine speed. Hence those intake systems, exhaust systems, headers, camshafts and other items that actually increase airflow through the engine can be spoiled by the ECU closing the throttle because it’s programmed to allow only so much airflow (power) to be made. 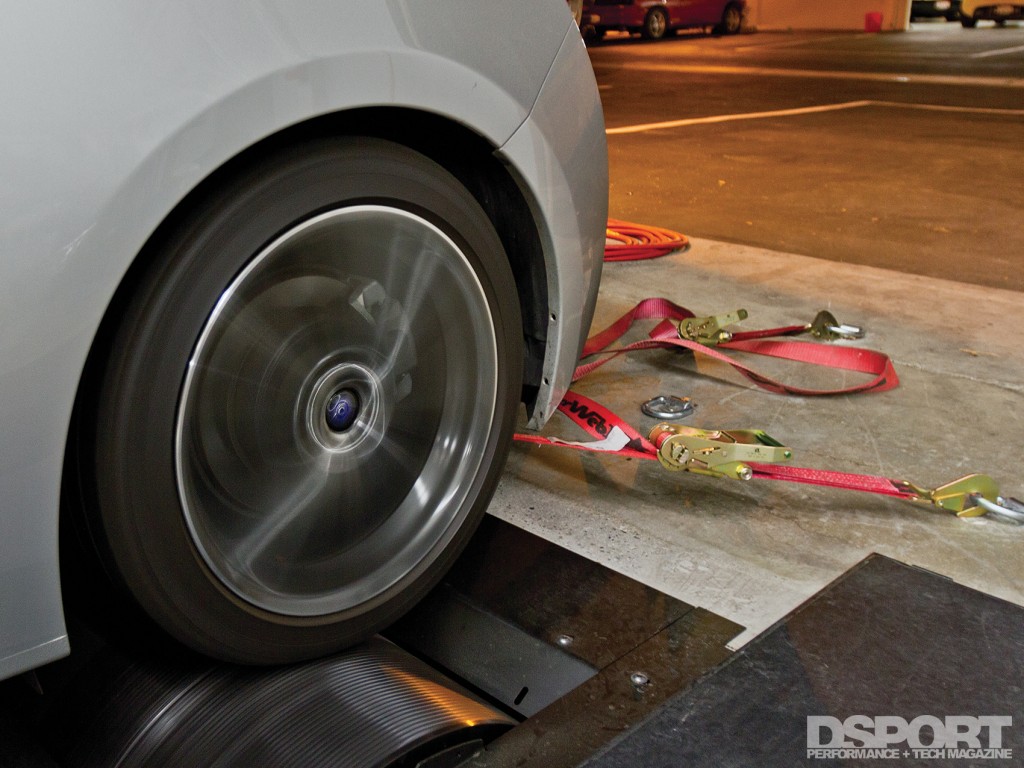 Because the ECU in the Scion FR-S has tables built in that essentially limit the amount of additional power that can be made, dyno testing bolt-on products on the vehicle proved extremely challenging. Based on over 250 dyno runs that we conducted, we found that the ECU seems to only allow performance gains on the order of about 5.0 percent. Adding the additional components to allow more additional power production with the factory-programmed ECU still only delivers that 5.0 percent gain.

Let’s say that you have an intake that adds about 5.0-percent more power when installed on a stock vehicle. Now, let’s say you have an exhaust system that adds about 5.0 percent of power on a stock vehicle. While you shouldn’t expect to get a 10.0-pecent gain from the two, it’s realistic to expect to see a performance gain with both items in the realm of 6.0- to-9.0 percent. Yet, the factory- programmed Scion FR-S ECU says 1+1 = 1. We confirmed the severity of the 5.0-percent rule when we found that the Scion FR-S simply didn’t gain any additional power when an aftermarket exhaust was added after the addition of an aftermarket intake system. On DSPORT’s DynoJet 424xLC Linx dyno, the number that could never be exceeded was about 182 wheel horsepower. Stock horsepower figures checked in between 173 and 176 horsepower when tested on different days. 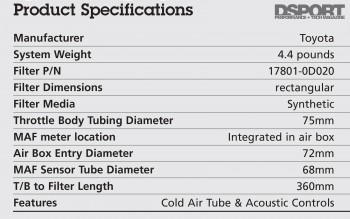 Overview: The factory intake system is actually extremely well designed. The air box minimizes heat soak from the engine bay while a front facing inlet supplies cold air from behind the headlight. Acoustics are well engineered to provide an intake growl only under full-throttle conditions. Analysis: The factory filter element is the weakest link in the factory system. An upgrade to a high-performance element should show measurable gains.