Power in the RAW

Want to see how each intake did at a specific RPM, just take a look at the RAW data below. All of the tested intakes, with the exception of the HKS and Weapon R intake, were able to help the FR-S generate over 180 horsepower at the wheels after an EcuTek tuning session on the dyno. For reference, if 215 horsepower is produced at the flywheel, 182.75 horsepower would be measured at the wheels. 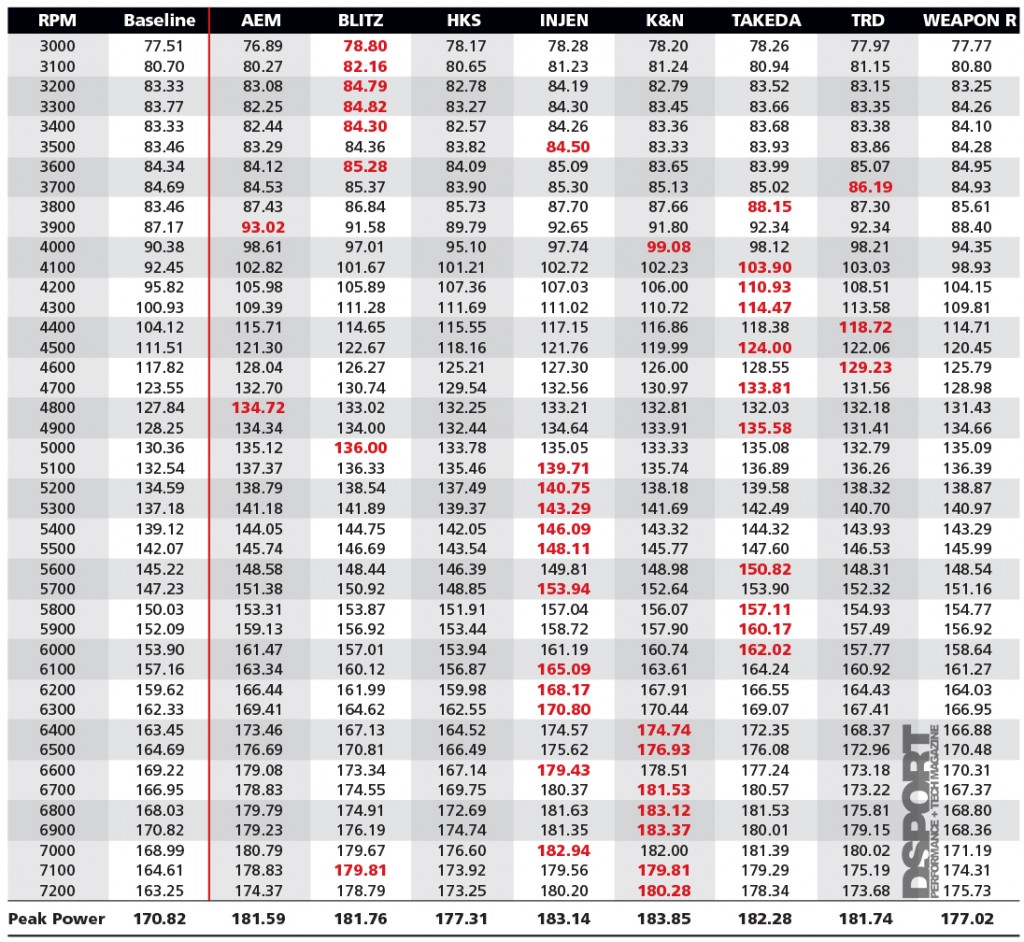 Aidan Says… At DSPORT, we provide the best quantifiable and objective information possible so our readers can make informed purchases. Unfortunately, objective measures do not always tell the entire story. Sometimes a subjective set of eyes (or in this case, butt cheeks) can provide the missing bits of information. This intake shootout is a perfect example. After a week of not driving my car during the testing, I simply forgot how the FR-S felt prior to the tuning. Essentially, my butt- dyno lost its calibration. Driving the “tuned” FR-S, I thought the car felt better, but I couldn’t swear to it. Unsure if these improvements were real or just the product of optimism, I traded cars with my roommate, Ai Takamura. She drives a Subaru BRZ with the same modifications as my FR-S, minus the tune. It took her less than a day to return with feedback, more like half an hour. The text I received read “this thing drives AWESOME!” This is precisely what can’t be told by charts, graphs and numbers alone. The car does not feel one hundred times faster, but power delivery feels much smoother and the power dip around 4,000 RPM feels all but gone. While the right intake and ECU tuning will deliver roughly 7.0-percent more peak power, it will significantly increase midrange torque for smoother acceleration. After driving a non-tuned BRZ and the tuned FR-S, the difference was quite noticeable. The tuned FR-S delivered better response, improved acceleration and a tad bit more peak power. 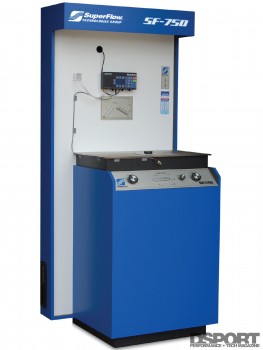