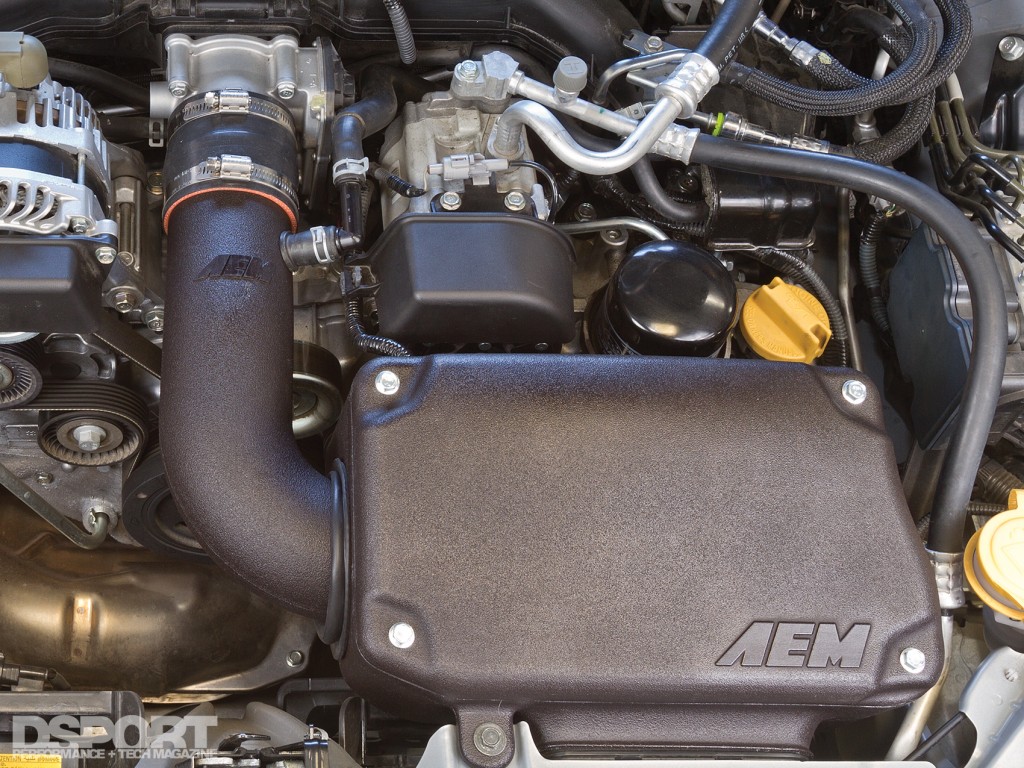 – Benefit of electronically tuned intake system makes little difference if a reflash is to be performed.

Overview: This intake includes a signal modifier for the stock MAF sensor. As witnessed in the initial round of testing, it yielded a positive result and works well with the stock mapping. When it came to tuning with the EcuTek we found that the signal became jittery in the high RPM range, causing the A/F and ignition advance to jump around a bit. The end result is that the signal modifier is good for cars relying on the stock tune, but can be omitted for cars that are professionally tuned. The EcuTek was primarily utilized to modify the low end cam controls, which helped correct the mid range power dip. 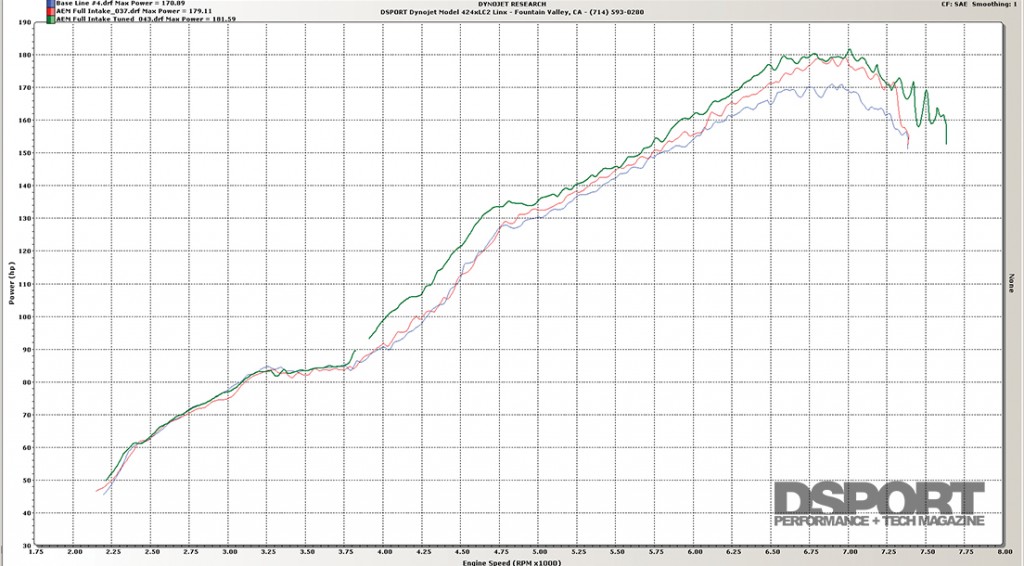 Tech Notes: The dyno graph of the AEM Electronically Tuned Intake System illustrates the significant power gains at the top of the RPM range produced by the intake system alone. Utilizing the capabilities of the EcuTek really woke up the midrange from 3,800 to 4,800 RPM and provided consistent gains throughout the curve.