What will over 300 runs for the purpose of an intake showcase teach you? At times, it didn’t seem like much. The factory ECU seemed bipolar at times. Sometimes happy to make power and other times set on spoiling the fun. Fortunately, the addition of the EcuTek tuning solution significantly improved repeatability on the dyno. Experienced EcuTek tuner Bill Knose of HG Motorsports (San Diego, CA) was able to program the factory ECU to behave. In addition to repeatability, the optimized calibration from the EcuTek allowed for additional performance from idle to redline.

Take the same eight intake systems from last month and add an ECU tuning solution and an entire new song is the result. While it sounds simple enough, the reality is that this second session provided an insane amount of data for crunching. However, having datalogs of what the ECU was doing on each run proved to be of great value. We no longer had to guess if the ECU was pulling timing or reducing throttle angle or taking any other performance-robbing actions, we could now see. Transparency had arrived.

Unlike vehicles from 10 years ago, today’s vehicles are very close to optimized as they sit on the showroom floor. After realizing the five percent of additional power that is usually available, the pursuit then must focus on smaller gains. Chasing fractions of a horsepower is not only a major challenge, but it is also a reality on many of today’s vehicles. The OEMs are simply leaving little on the plate. The factory intake system on the FR-S and BRZ is a great example of a very well engineered system. When the tune is optimized with the EcuTek, no aftermarket intake can touch its performance up to about 4,000 RPM. The factory engineers did a great job of designing a system that delivers exceptional performance in the cruising and low-to-mid RPM ranges where the engine spends most of its time. 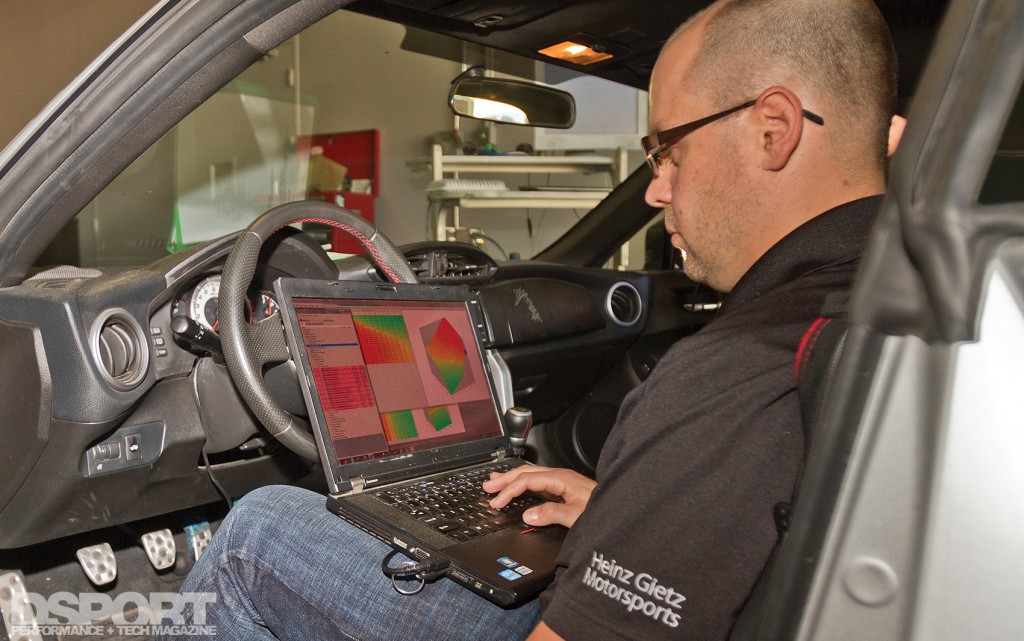